This review was first published in the Holyoke Enterprise on May 28, 2015.

I’m not ashamed to admit that I was immensely excited for the “Star Wars” prequels to come out in the early 2000s. I had discovered the original trilogy thanks, strangely enough, to the “Weird Al” Yankovic song “Yoda”, his parody of “Lola”. My family wasn’t big into “Star Wars” (and still isn’t), but my brother had seen most of, if not all of, “Return of the Jedi” in school. I asked him never-ending questions about the movies, trying to figure out what they were about based on the song and the very little knowledge he retained from watching the last of a trilogy he didn’t actually care about. I finally watched the original trilogy on VHS and then got the re-mastered box set for Christmas a few years later. I couldn’t wait for “The Phantom Menace”!

And then it came out.

Then “Attack of the Clones” followed. Then *shudders* “Revenge of the Sith”.

Needless to say, they are terrible movies.

But then a mini-series came out in 2003 called “Star Wars: Clone Wars”, which focused on the time between “Attack of the Clones” and “Revenge of the Sith”. And it was AWESOME. Exciting, intriguing, and, best of all, hand-drawn animation. None of the terrible CGI they used in the movies. Those two DVDs made me actually LIKE that part of the storyline and care (a little) about Anakin Skywalker.

Fast-forward to 2014 when I finally began to watch the Cartoon Network-then Netflix-produced series my friends had been raving about called “Clone Wars” and guess who’s a happy “Star Wars” fan once again?

“Clone Wars” focuses on the timeframe of between “Attack” and “Revenge”, further developing the Clone War everyone was always talking about in the original trilogy. Tons of Jedi battles, really cool bad guys and bounty hunters, and FINALLY some material to make you not hate Anakin and Obi-Wan. You know, the HEROES of these stories.

This show is fantastic. Each episode is 22 minutes, many are stand-alone stories while some seasons feature several-episode arcs of stories, ranging from the battles of the Jedi and the Separatists, to the political conflicts of the Imperial Senate, to the poor peoples of the galaxy who want nothing to do with the war at all but are thrust into it by either side. The voice acting is perfection; with several actors winning Emmys and Behind the Voice Actors awards over the years (ten in total). The animation is stylistic but flawless, allowing the characters to feel both real and even slightly human in their movements and emotive capabilities.

And, probably the best and most redeeming quality of the series, the stories are engaging. You actually come to care about this part of the canon. The Jedi in their 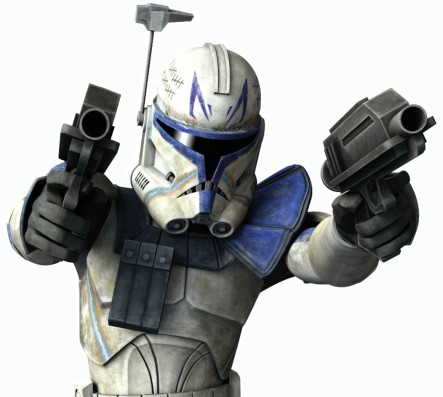 unrelenting pursuit of peace in the galaxy, the Separatists in their unstoppable march for domination, the Clone Army in their unquestioning loyalty to the Jedi Order and, quite often, their desire to be regular human beings. They even manage to make episodes about five R2D2-type droids intense and exciting, further proving how awesome R2 was.

With “Force Awakens” due out this Christmas, any good “Star Wars” fan is consuming anything and everything they can get their hands in in preparation for the premiere. But, for the kiddies out there, this series is a great watch. Some episodes can be a little scary, so I’d adhere to the TV rating (mostly the stuff with the Crimson Witches and Dark Magic in later seasons). If your kids are into “Star Wars” or you’re a nerdy parent who WANTS them to be, put on “Clone Wars”. And let me know what you think!

Five out of Five Snack Packs

Lincoln L. Hayes is an actor and filmmaker in New York City. Follow his work at http://www.lincolnlhayes.com.