I absolutely adore the book “James and the Giant Peach” by Roald Dahl. It’s the story of an orphaned boy who is given magical crocodile tongues that grow a massive peach in this yard that he flies across the Atlantic Ocean to New York City with the help of his new anthropomorphic insect friends. It’s about friendship and facing your fears and family. It’s wonderful.

That might also have been the longest sentence I’ve ever written.

In 1996, Disney and Tim Burton teamed up to produce a live action and animated feature film version, directed by Henry Selick, who previously directed The Nightmare Before Christmas and later went on to direct Coraline. I held this movie in high regard, but having not seen it in a number of years, I chose it as the next to be reviewed.

I’m sorry to say it does not hold up as well as I’d hoped. 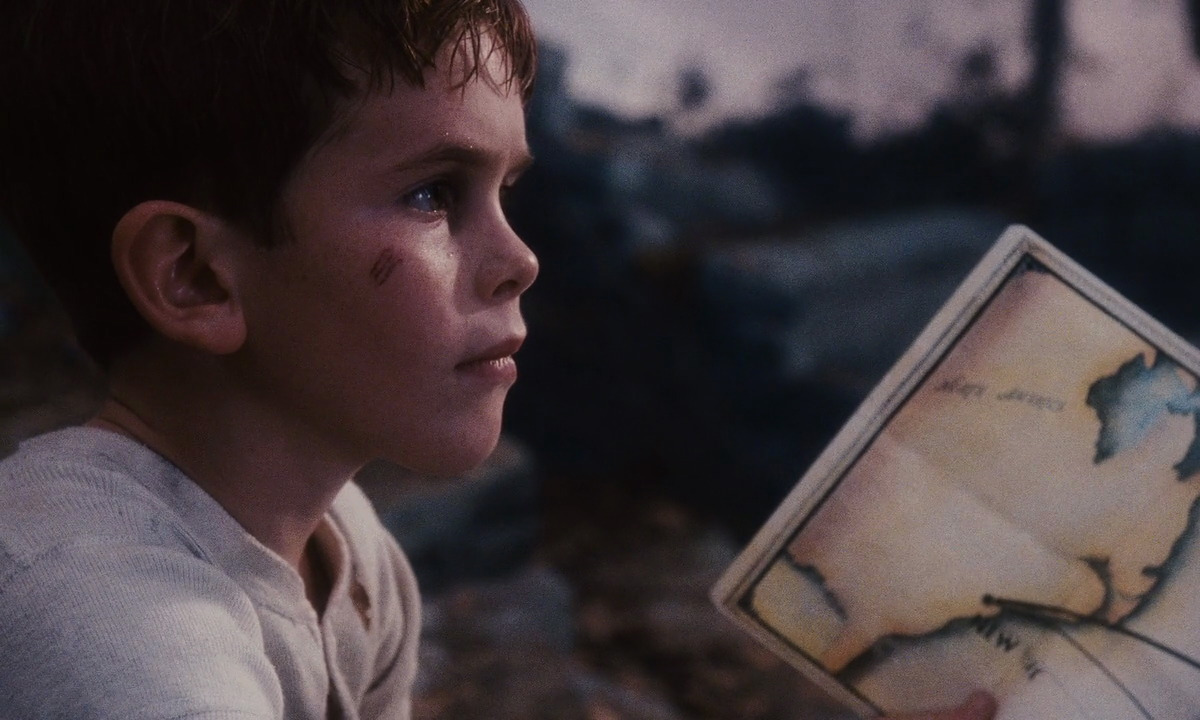 The story begins with James Trotter playing on the beach with his parents. They tell him they’re all going on a trip to New York City together to start a new life. But then, tragedy strikes when both his parents are eaten by an angry rhinoceros. James is forced to live with his wicked aunts Sponge and Spiker, who abuse him, starve him, and treat him like an indentured servant. It’s a little Cinderella and, though it wouldn’t be written for 36 years, a little Harry Potter mixed together. One night, James meets a strange old man who give him a bag full of magical boiled crocodile tongues that can make his dreams come true. In his excitement, James trips and falls, spilling the magic croc tongues all over the ground at the base of the old tree in his aunts’ yard. By morning, a peach the size of the house has grown and Spiker and Sponge see this as a perfect opportunity to make money. 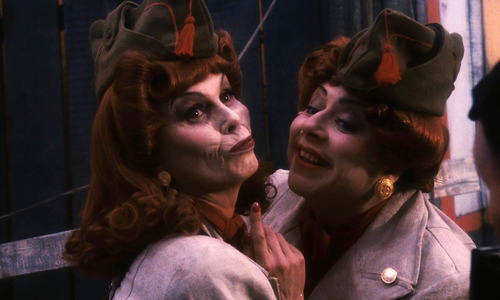 All day long, a crowd of people gather to see the peach, then after everyone has gone, Sponge and Spiker make James go out and clean up around the peach. Starving, he scoops out a handful of peach for himself, but not before one last crocodile tongue hops up and scurries into the fruit. Suddenly, a hole opens in the side of the peach, revealing a tunnel right to the center. James crawls in and is transformed into, well, a stop-motion animated version of himself, and then he meets human-sized insects – Mr. Grasshopper, Mrs. Ladybug, Mr. Centipede, Mr. Earthworm, Mrs. Spider, and Glowworm – whom help rescue him from his evil aunts and set sail via seagulls and string for New York City. Many adventures are had between foggy England and NYC (both played gracefully by San Francisco, according to IMDb.com) including skeleton pirates, a mechanical shark, and that terrifying patricide-loving rhinoceros, all the while teaching James valuable life lessons about family, friendship, and believing in yourself.

So what’s not to like? Well, James for one. As an actor, one never wants to disparage another’s performance, but the kid just isn’t very good. It was Paul Terry’s first and only film and he’s not a strong singer nor experienced actor. Why they made this a musical, I’m not sure (probably because Nightmare did so well), and although the adult voice actors are top notch, Terry is very green. And it rather detracts from the other performances.

Speaking of, leading the voice cast are Simon Callow (the bad guy in Ace Ventura: When Nature Calls), Richard Dreyfuss (Hooper in Jaws), Jane Leeves (Daphne on Fraiser), David Thewlis (Remus Lupin in Harry Potter), and Susan Sarandon (from everything), as well as Joanna Lumley (Absolutely Fabulous) and Miriam Margolyes (Professor Sprout in Harry Potter) as the live-action evil aunts. Another point of contention for me is the difference tonally between the live-action and animation. The real stuff is SAD. Like Welcome to Bummertown-sad. The magic is lost between the two and the first 20 minutes, at least, are live-action. If you fast forward to the animated section, it’s much more tolerable. Also, like any book-to-film adaptation, most of Dahl’s beautiful imagery is lost. The design is lovely, but not quiet magical enough.

I used to really love this movie. Sadly, I’ve become far too cynical in my old age. I would have rated this much higher, but it has not stood up to the test of time. And it’s much scarier than I remember too. That rhino, man… Yikes.

Three out of five Snack Packs