“Captain America: Civil War” was a big deal in 2016 in many ways, but one of the biggest reasons was it finally brought Spider-Man, played exceptionally well by Tom Holland, back to the Marvel Cinematic Universe (MCU).

For those who don’t know, Sony Pictures owns the rights to the character of Spider-Man (similarly to how Fox owns the X-Men). Anyone my age will probably remember Tobey Maguire’s three-film-run as the web-slinger, followed (far too quickly) by Andrew Garfield in “The Amazing Spider-Man” films. “Why did they reboot the series so quickly?” many asked. Well, because Marvel had begun crawling out of near-bankruptcy and was starting to make buckets of money from their movies, and Sony was on the verge of losing the rights to the character. But after two mediocre Garfield films (I’m an extra in the second one. See if you can find me!), many thought the Spidey films were benched indefinitely.

But then came “Civil War”. And immediately after “Civil War” was “Spider-Man: Homecoming”. Spider-Man was back in the MCU, baby! Nerds rejoice! He was also integral to “Avengers: Infinity War” and left audiences on the edge of their seats by the end of the film (no spoilers).

But then a new trailer dropped. For another Spider-Man movie. From Sony! Wait a second; what is going on here? Well, let me tell you…

“Spider-Man: Into the Spider-Verse” is a (newly) Golden Globe-winning animated film starring Miles Morales (voiced by Shameik Moore), a bright kid from Brooklyn attending a prep school where he feels out of place, has a complicated relationship with his father, and who would rather be out creating incredible graffiti art with his uncle Aaron (voiced by Golden Globe and Academy Award winner Maherslala Ali). When he’s bitten by (you guessed it) a radioactive spider, he swats it and heads home, NBD. The next day, he’s begun to develop spider-like abilities, all of which he tries to pass off as “puberty”. He also meets a new student who calls herself, awkwardly “Gwanda”. More on her later.

Miles tries to find his uncle for advice on what to do about “Gwanda” and his new powers and returns to the disused subway where they painted his art. 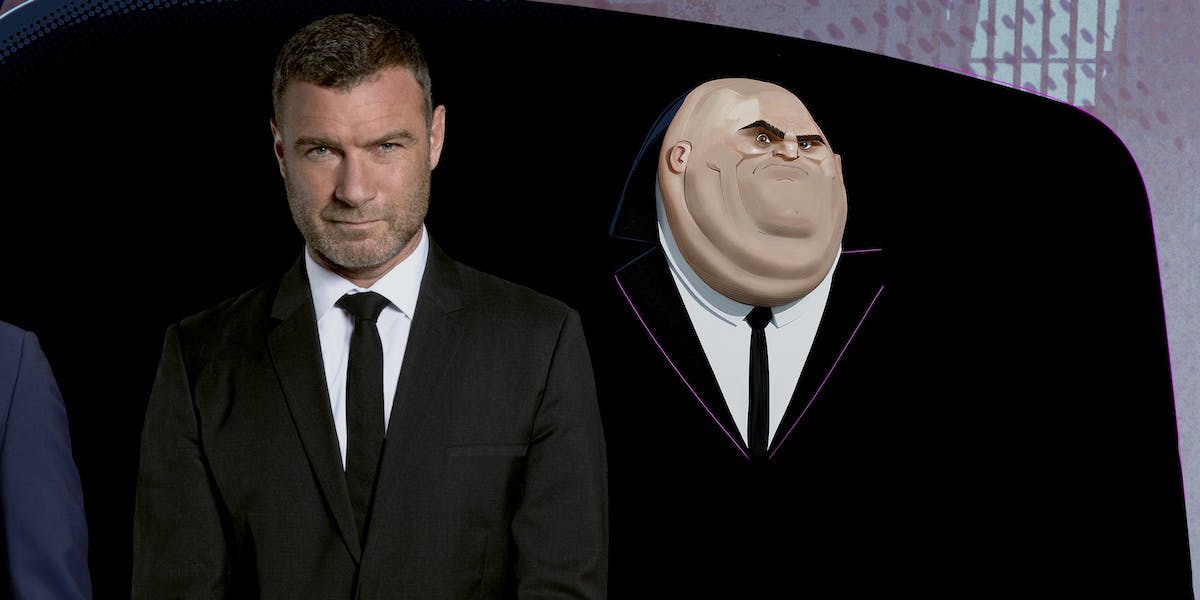 There he finds a secret laboratory where infamous villain Wilson Fisk (voiced by Liev Schreiber) is attempting to open a portal to other dimensions to hopefully find another version of his wife and son who were killed. Thankfully, Spider-Man (voiced by Chris Pine) shows up and is able to destroy the machine and stop Fisk before his plan is completed. Sadly, he’s doesn’t make it out.

After the portal is closed, a few strange things have happened as a result. Namely, random stuff that seems like it’s from another dimension has popped up all over the city. Also, Miles runs into another Spider-Man, though ten years older than the Spider-Man he knew and he calls himself Peter B. Parker (voiced by Jake Johnson). He’s also a little out of shape, very

depressed, and mostly a mess. Together they discover four more Spider-People: Spider-Woman Gwen Stacy, the aforementioned “Gwanda” (voiced by Hailee Steinfeld), Peni Parker and her robot SP//dr (voiced by Kimiko Glenn), Spider-Man Noir (voiced by none other than Nicolas Cage), and Spider-Ham (voiced by John Mulaney). And it’s really, really cool. The team have to work together to stop Fisk and Doc Oc from reopening the portal and destabilizing our world as we know it. No biggie, right?

First off, the animation is breathtaking. I’ve never seen anything like it. It’s quite literally like panels from a comic book, but since there are five different versions, we get artwork and design in various styles. Also it feels 3D even when watching in standard 2D. The voice cast are stellar (they did my favorite thing where the voice talent could play the roles in real life!), the story and script are engaging and griping, and they managed to make a new Spider-Man without reinventing the wheel. Bravo! 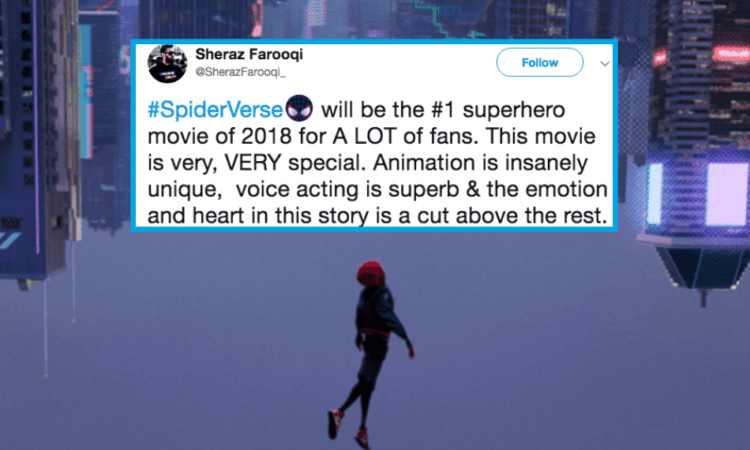 But by far the best part is how kids have reacted to this movie. When we saw it on a random Tuesday, there were countless people dressed up. Some in just T-shirts or hats, but some wore nearly full costumes with masks and everything. There have been stories of children who have had no interest in Spider-Man before seeing it later making their own costumes and running around, slinging webs like Spider-Man. And as a kid who loved him growing up, I adored this movie. It’s my favorite 2018 release so far! I can’t praise it enough. Go see it. Then see it again.

What did you think of “Spider-Man: Into the Spider-Verse”? Hit me up on the socials @LincolnLHayes and let’s chat!